Deepening economic partnerships between Brazil and Africa: Overview and role of Afreximbank 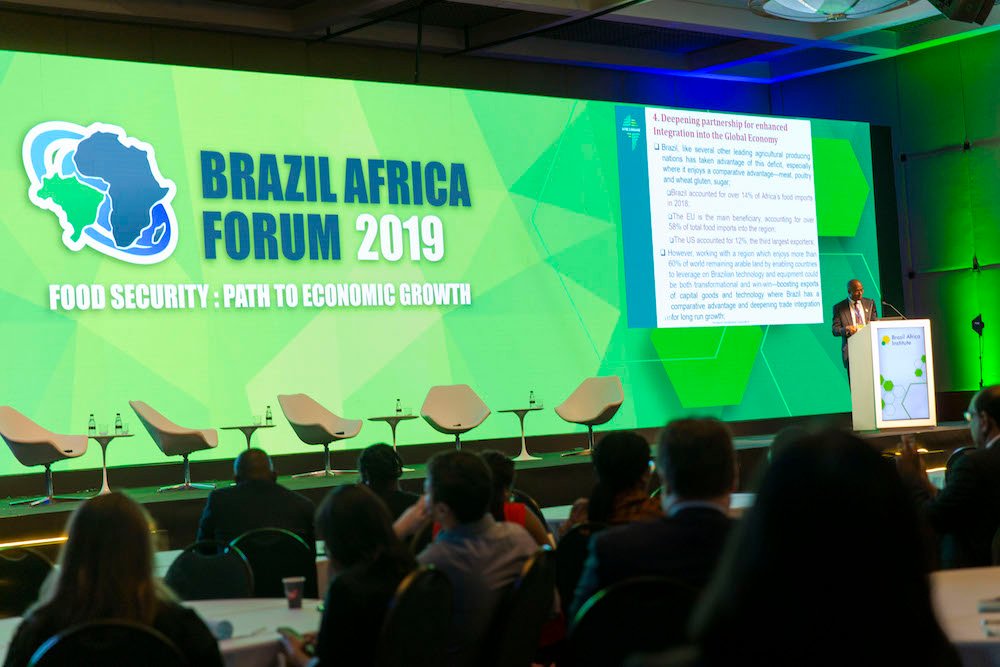 Mr. Hippolyte Fofack, Chief Economist at Afreximbank, brings an overview of Brazil-Africa relationships and further information about the bank’s role in the economic development of Brazil and the African continent. His presentation was held during the Brazil Africa Forum 2019, in São Paulo. In his words, Brazil has what it takes to transform African economies.

“Brazil has become closer to the African continent during the past decades, but this convergence cooled down after the primary commodities cycle. Today, a few countries, such as Angola, Egypt and Algeria, represent 95% of the commercial relations between these two locations” said Fofack.

He emphasized the fact that Brazil used to appear in the 8th position of the main exporters to the African continent and nowadays it takes the 11th position. He added that the agroclimatic conditions between Brazil and Africa are similar which why it is necessary to elevate competitiveness from both locations, so the relationship can benefit all.