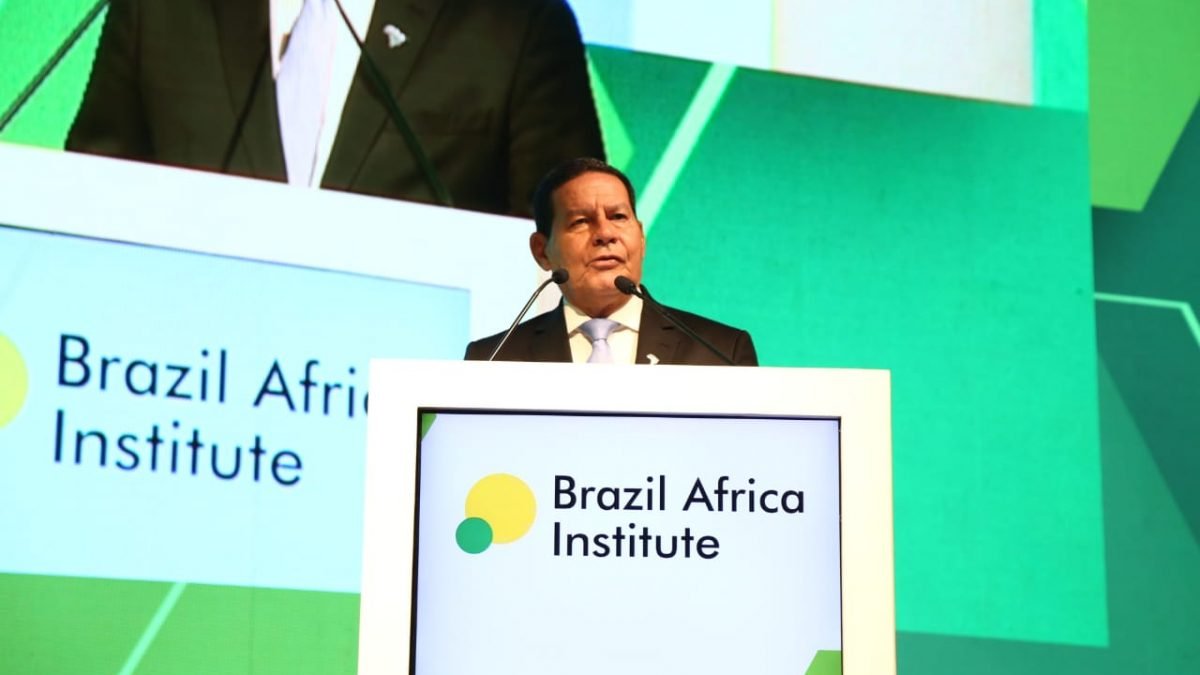 Brazil’s Vice President, Hamilton Mourão, said that the current Brazilian Government is planning its first official visit to the African continent in March 2020. The announcement has been made during Brazil Africa Forum 2019 in São Paulo.

During his speech, Hamilton Mourão reinforced the importance of building an open discussion with a continent that has quickly grown up, such as Africa.

“The African continent is culturally plural. Africa of the 21st century is an emerging economic and political pole and Brazil desires to contribute to its development and success”, has stated Mourão.

Mourão also pointed out the role of Brazil in the theme of food security and how the country can contribute to the African Continent. “Nowadays, Brazil feeds approximately 1 billion people globally. It is possible to share our best practices with the African countries, supporting them mainly in the school feeding programs”.

Brazil’s Vice President closed his speech detailing a little bit the objectives of the next year’s trip. “I will take this opportunity to strengthen our relations of friendship. Our unifying element consists of creating a stable environment for the continuous growth of the African continent, in a win-win relation.”

The Brazil Africa Forum takes place at Sheraton WTC Hotel, in São Paulo, between November 12th and 13th. The event comes up with the main theme “Food Security: path to economic growth”. Besides the Brazil Vice President, around 200 representatives from governments, private sector, academia and possible investors will join the event for fruitful discussions about food security and sustainable development.