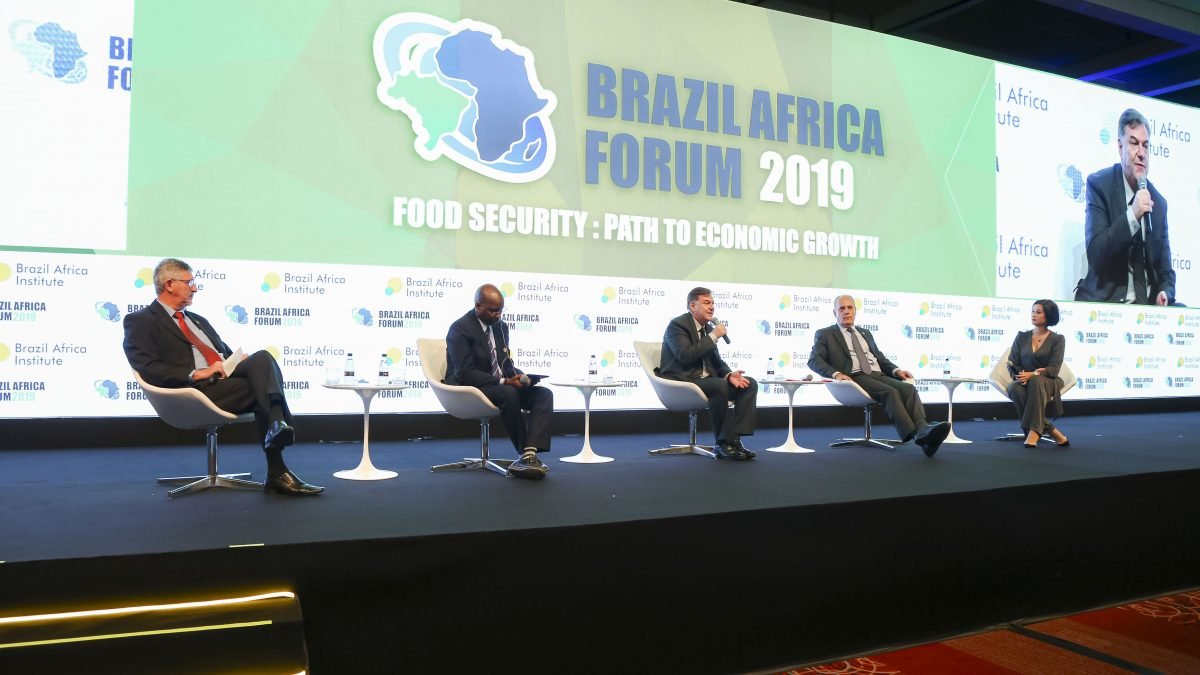 The money amount of food imports in the African Continent has reached USD 35 billion and the countries have been trying to find solutions to increase the productiveness in their crops and help the smallholder farmers to thrive. This was one of the issues addressed during the first session of the Brazil Africa Forum and has been stated by Mr. Hamady Diop, Head of Technical Cooperation and Advisory Services of African Union Development Agency (AUDA-NEPAD).

Besides Mr. Diop, the session counted also with the presence of Mr. Marcos Brandalise, Founder and CEO of Brazafric Group, Mr. Demétrio Carvalho, Deputy Director of Brazilian Cooperation Agency (ABC), and Mr. Daniel Balaban, Director of WFP’s Centre of Excellence Against Hunger. They discussed the urgent need to combat the hunger problem, which has risen up after years of decrease. Successful cases, along with new projects, have been presented.

Mr. Demétrio de Carvalho mentions his joy in knowing that the school feeding programs in Brazil work as huge examples for the African continent and also the Brazilian support given to programs in more than 30 African countries. Nowadays, 43 million children receive a complete meal in Brazilian public schools every day.

Smallholder farms play a major role in this process, according to Mr. Daniel Balaban. He highlights the significant social linkage that’s been built between the farmers and the kids who benefit from school feeding programs in Brazil. “30% of the Brazilian Federal budget is destined to the feeding programs and goes to these smallholder farmers, that once only had their own subsistence as objective”, said.

From the private sector point of view, Mr. Marcos Brandalise has stated: “There’s no better moment to produce food as right now. I can see clearly that the African businessman has been paying more attention to the agribusiness.”